Positive message from the government regarding rubble 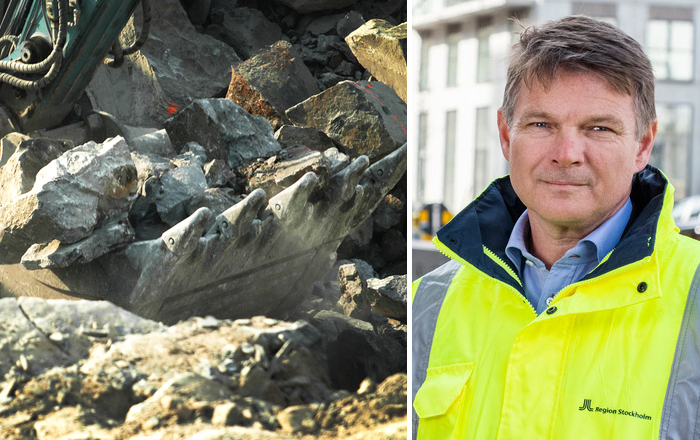 The government wants to make it easier to use the rubble in an environmentally beneficial way. The Swedish Environmental Protection Agency is now tasked by the government to investigate how to handle this.

– This is an important and positive message for us. I assume that this means that we can handle the rubble as the resource it is and thereby avoid significant additional expenses and a large environmental impact, says Administration Manager Niklas Bergman.

It has long been the norm to reuse rubble from construction projects below ground, such as the new metro. There is a great demand for the rubble, especially for the construction of new roads and residential areas in the Stockholm region. But at the end of 2019 the county council rejected four applications for existing and new rock quarries in the county, referring to classifying rubble as waste.

– This interpretation was based on a very literal interpretation of an EU regulation and a narrow interpretation of the legal concept ”production process”, and would have unreasonable consequences. The issue has not even been tried in EU, and yet it has lead to a new view of rubble in the Stockholm region, says Niklas Bergman.

Should the rubble be considered waste, it must be transported to special disposal facilities far away, hundreds of kilometres out of Stockholm. Building a new disposal facility involves a completely different and much more complicated process, on a much larger scale than to build a rock quarry.

– For our project alone, it would add several billion Swedish kroner, both as direct costs and indirectly as the construction would take much longer, says Niklas Bergman.

– We will also have significantly increased carbon dioxide emissions from the long journeys with heavy vehicles and in the Stockholm region we would be throwing fully usable rock in a landfill and at the same time crushing new stone in quarries, he continues.